In Pursuit of Justice

A campaign for the Public Interest Law Center

As we mark the 50th anniversary of our founding in 1969, we are proud to announce the launch of In Pursuit of Justice: A campaign for the Public Interest Law Center.

Today, the Public Interest Law Center stands as a beacon for people faced with poverty and discrimination. We are proud of the impact we’ve had since our founding: changing policies and practices that perpetuate poverty, and improving the life prospects of millions of people. The campaign for the Public Interest Law Center aims to ensure that the Law Center has the resources it needs now and to sustain itself into the next fifty years by funding the Law Center’s two most critical needs:

Building a Deeper Bench to Tackle Poverty and Discrimination Today

Every day, we are asked to join new fights against systemic injustice: discrimination, public agencies that fail the people they serve, and disinvestment in Philadelphia’s poorest neighborhoods. Due to a limited organizational capacity, we cannot respond to all of these requests. Through this effort, we will raise $1 million to expand our impact, supporting new full-time staff.

For most of its 50-year history, the Law Center has operated amid year-to-year budgetary uncertainty. To ensure that our committed, talented staff is supported for years to come, the campaign will raise $1 million for an organizational endowment that will provide a permanent stream of income to support our mission.

Donors may make outright gifts or, in some cases, contribute through bequests in their estate plans. Your support will help ensure that the Public Interest Law Center can continue to expand civil, social, and economic rights in the Philadelphia region for decades to come.

We are well on our way to meeting our goal. Thanks to generous leadership gifts, as of October 2019, we have raised $1.2 million to support the future of the Public Interest Law Center.

Ready to begin the conversation?

Contact Dena Driscoll, Director of Development and Communications, to learn more about how you can get involved. 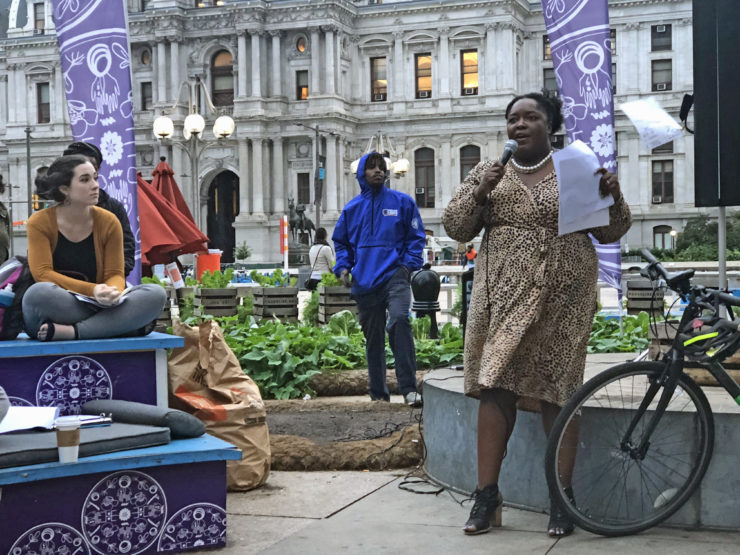 We are grateful for the following campaign contributions & commitments made to date:

In memory of Barbara Macholz Grimaldi

In honor of Michael Churchill and Jennifer Clarke