About Us > Board of Directors

Keir Bradford-Grey was named chief defender of the Defender Association of Philadelphia in 2015. Prior to that, she was a trial lawyer at the Defender Association and the Delaware Federal Public Defender’s Office before she was named chief defender for the Montgomery County Public Defender’s Office in 2012. She also worked as an assistant public defender in Philadelphia between 1999 and 2007. 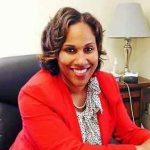