Mr. Berton joined the Law Center in 2014 as the communications and development associate and became development manager in 2018.  In his role, he manages the Law Center website, donor database and social media accounts as well as our direct mailing campaigns. Mr. Berton also writes the monthly newsletter and worked with an outside developer to institute a major update of the website in 2016.

Prior to his work at the Law Center, Mr. Berton worked at The Philadelphia Orchestra, where he was a Public Relations Assistant. He created media content, managed social media accounts and maintained the press database. Mr. Berton has also worked with media outlets such as the Penn State Ag Science Magazine and the Penn Law Journal. During his time at Penn State University, he served as an Editor of OnwardState.com, Penn State’s news blog.

Mr. Berton graduated from the Pennsylvania State University with a BA in Journalism. 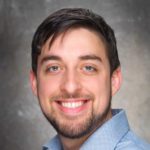