Sari Bernstein joined the Law Center in 2021 as a staff attorney and focuses her practice on housing and environmental justice.

Prior to joining the Law Center, Ms. Bernstein was a housing staff attorney in the civil division of The Legal Aid Society in New York City. There, she defended tenants facing eviction in Housing Court, pursuing counterclaims when landlords failed to provide habitable housing and for overcharges. She also filed a case against one of New York City’s largest landlord-representing law firms for federal consumer protection violations under the Federal Debt Collections Practices Act. In addition, Ms. Bernstein litigated a successful contempt trial against the New York City Housing Authority after the agency repeatedly failed to address outbreaks of mold in public housing, even after being ordered to do so as part of a federal consent decree. Previously, she taught adult literacy classes to individuals re-entering their communities after incarceration at the Fortune Society and worked as an associate at Jacobs & Hazan, LLP, where she represented plaintiffs in police misconduct civil rights cases. 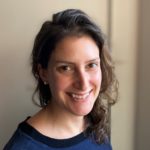